This type of air valve has a small orifice that releases small amounts of air after the system pressurizes and the larger air/vacuum vents are closed. The small orifice size is not usually sufficient for intaking enough air at shutdown to prevent vacuum formation.

This type of valve is often referred to as a kinetic air valve, large orifice air valve, a vacuum breaker, and even an air relief valve. These will discharge large volumes of air while the pipelines are filling or pressurizing, as well as admitting air back into the system when lines are draining or de-pressurizing. However, they cannot release the small, residual air pockets that form while in operation. The image here shows the process of the Air/Vacuum Valve.

Reduced pressure allows float to drop at system shutdown, and air is drawn into the system, preventing vacuum conditions.

As the name implies, this valve, also known as a double orifice valve, does the job of the other two in a single unit. Allowing large quantities of air in and out when needed and releasing small amounts of air continuously during operation. The combination air/vacuum valves can be used in place of either of the other types. 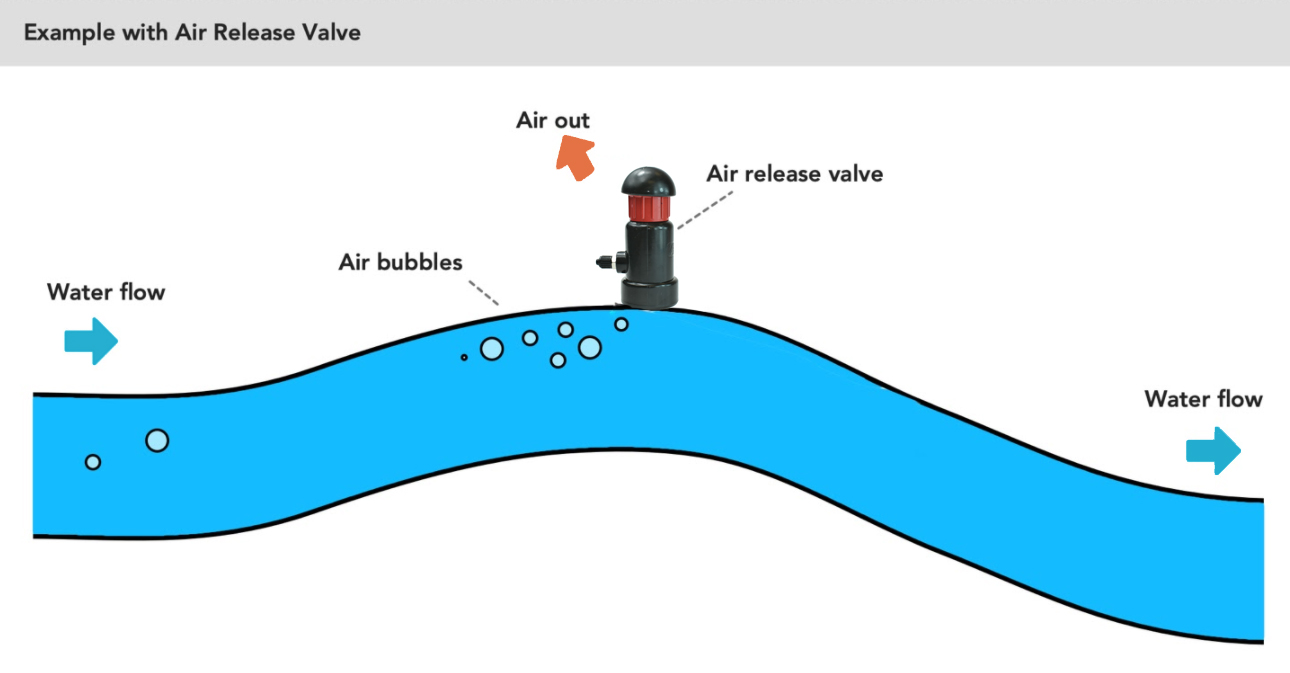