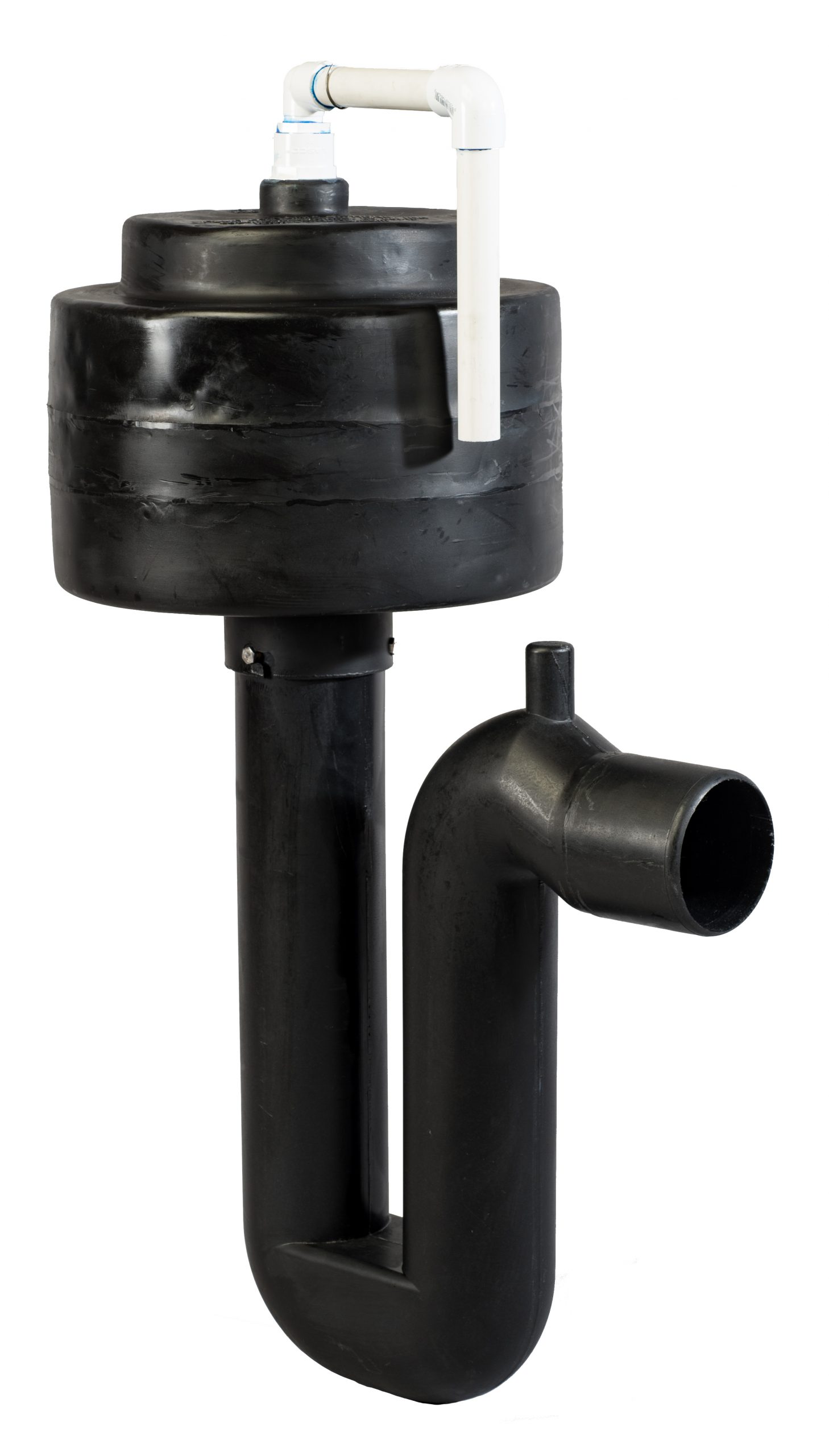 An inexpensive, trouble-free method of providing dosing and resting is through the use of an automatic siphon. There is an automatic dosing siphon available for a wide variety of dosing tanks and drawdown depths.

Longer periods of rest can be provided by installing two siphons in the dosing tank and alternately discharging the tank into one-half of the field at a time. The American siphon is hydraulically designed to automatically alternate when two siphons are installed. Alternation is accomplished with no moving parts as it relies upon the hydraulic design of the siphon.

The battery-operated siphon counter has a five-year battery life. The counter comes in a NEMA 4X enclosure with a non-mercury differential float switch. Dual siphon counters are provided with two counters and two flow switches. 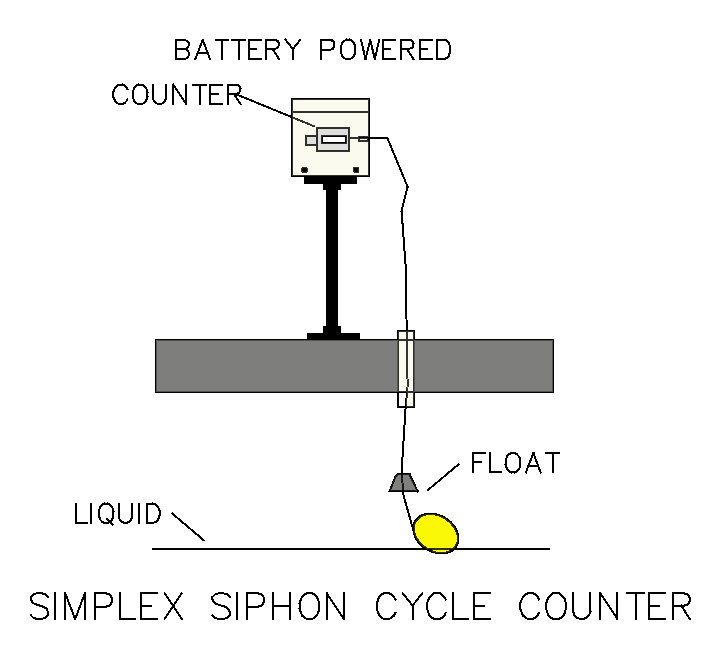 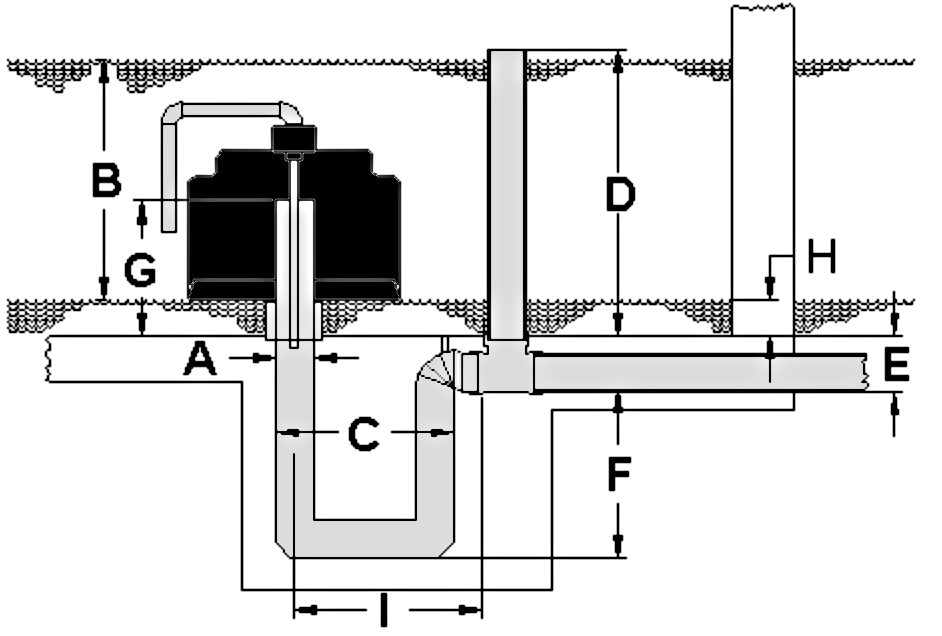 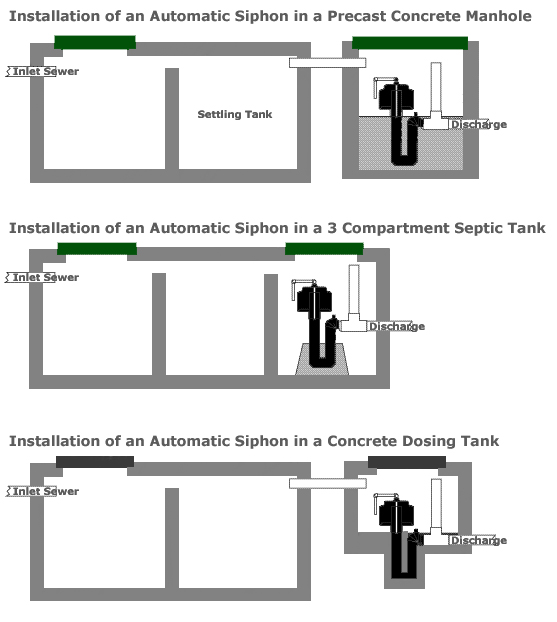